Your Income Should Not Deter You From Applying For Medicaid! 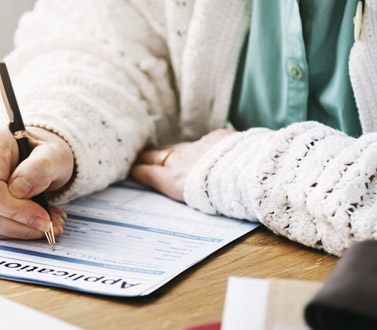 For over 20 years, I have worked with individuals and families to assist them with their applications for Medicaid and other government entitlement programs.

Often, the first question I hear from a consumer is, “How can I apply for Medicaid for my mother? Her social security check is over a thousand dollars.” Most people are not aware that income is the last thing senior citizens or people with disabilities need to worry about when considering whether or not to apply for Medicaid.

No matter their income, senior citizens or people with disabilities can qualify for Medicaid under a program that goes by several names: Surplus, Spenddown or the Excess Income Program. Even if a Medicaid applicant has a monthly income over the allowable, the monthly overage can be paid each month by the applicant, who can then qualify for active Medicaid based on the adjusted income amount. One can pay the overage directly to Medicaid or, if receiving services from a home care agency, one can pay it to them.

Here is how the trust works. If, for example, the Medicaid allowable income is $800 and a person’s monthly earnings total $1,300, they are over the allowable limit by $500. The applicant can establish a trust by depositing $500 each month into an account managed by the non-profit organization. By placing his excess income into the trust account, he enables Medicaid to deem his income as being only $800 – allowing him to qualify for the program.

What happens to the $500 placed in the trust? It is now available to the applicant to pay his monthly recurring expenses, such as rent, mortgage, utilities and grocery bills. The consumer works directly with the non-profit organization to determine which bills he wants paid by the trust and must submit those monthly bills to the organization in a timely fashion. The bills can be paid only once the non-profit is in receipt of $500.

Be aware that there are some setup costs involved in establishing the trust, as well as monthly maintenance fees charged by the non-profit to cover their administrative costs. Each organization sets its own fees, but they are usually minimal. In addition, once the monthly overage is deposited into the trust account, it cannot be withdrawn or used for any other purpose.

A Pooled Trust is a win-win option for most seniors. Once it is established, the consumer does not have to pay a monthly surplus directly to Medicaid, and the money deposited in the trust goes towards his own monthly expenses, which he would otherwise have to pay anyways. Most significantly, he qualifies to enroll in the Medicaid program and take advantage of its benefits.

Because of the many advantages described here, Medicaid has seen the increased utilization of the Pooled Trust and is now processing them in a much more timely fashion than when the trust first became an option.